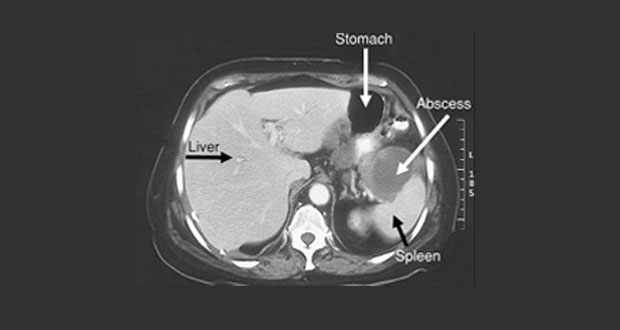 Urinary tract infections usually develop first in the lower urinary tract (urethra, bladder) and, if not treated, progress to the upper urinary tract (ureters, kidneys). Bladder infection (cystitis) is by far the most common UTI. Infection of the urethra is called urethritis. Kidney infection (pyelonephritis) requires urgent treatment and can lead to reduced kidney function and possibly even death in untreated, severe cases.

Symptoms of lower UTI (e.g., cystitis, urethritis) in adults include the following:


Symptoms that indicate upper UTI (e.g., pyelonephritis) in adults include the following:

Hormonal changes and shifts in the urinary tract during pregnancy increase the risk for kidney infection. Prenatal care includes regular urine testing because bacteria are often present without causing symptoms and UTI during pregnancy may result in complications (e.g., premature birth, high blood pressure) for the mother and fetus. Diseases that suppress the immune system (e.g., HIV) and debilitating diseases (e.g., cancer, sickle cell anemia) increase the risk for UTIs and complications.

The following measures can reduce the risk for bladder infections and other UTIs:

Prostatitis is an inflammation of the prostate gland. Prostatitis can cause many symptoms, including the following:


Prostatitis may be easily confused with other infections in the urinary tract.

There are 2 kinds of prostatitis:

Both are caused by an infection of the prostate. Some kinds of prostatitis may be a result of the muscles of the pelvis or the bladder not working correctly.

The treatment is based on the cause : Antibiotics are used to treat prostatitis that is caused by an infection. You might have to take antibiotics for several weeks or a few months. If prostatitis is severe, you might need hospitalisation and treatment with fluids and antibiotics.sometimes prostatitis occurs without infection, it can be hard to treat. Antibiotics are given empirically to treat a hidden infection. Other treatments are aimed at making you feel better.Nonsteroidal anti-inflammatory medicines may help you feel better. Some men get better by taking medicines that help the way the bladder or prostate gland work

Men who have had prostatitis once are more likely to get it again. Antibiotics may not get into the prostate gland well. Small amounts of bacteria might “hide” in the prostate and not be killed by antibiotics. Once you stop taking the antibiotic, the infection can come again. If this happens, you might have to take antibiotics for a longer period of time to prevent another infection. Prostatitis that is not caused by infection is often chronic. If you have this kind of prostatitis, you might have to take medicine for a long time.Most of the time, surgery is not needed.Although prostatitis can cause you discomfort, it does not cause cancer. If you have prostatitis, your PSA level might go up. This does not mean you have cancer.

As the epididymis and testis lie next to each other, it is often difficult to tell if the epididymis, the testis, or both are inflamed. Therefore the term epididymo-orchitis is often used.

This is the most common cause of epididymo-orchitis in young men (but can occur in any sexually active man). It most commonly occurs with chlamydia and gonorrhoea infections. In men, these infections typically infect the urethra to cause a urethritis. However, sometimes the infection can track down the vas deferens to the epididymis and testis.

Mumps infection in boys also causes epididymo-orchitis in about 1 in 5 cases. The virus gets to the testes via the bloodstream. This cause is now uncommon since the MMR (measles, mumps and rubella) immunisation is now routinely given to children.

An operation to the prostate or urethra

This may allow bacteria into the urethra which may track down to the testes. Epididymo-orchitis used to be a common complication after prostatectomy (removal of the prostate). This is now rare due to better surgical techniques.

Infection from other parts of the body can, rarely, travel in the blood to the testes. For example, TB (tuberculosis). Injury to the scrotum can cause inflammation of the epididymis and testis.

Symptoms usually develop quickly – over a day or so. The affected epididymis and testis swell rapidly, and the scrotum becomes enlarged, tender, and red. It can be very painful.

There may be other symptoms if the epididymo-orchitis is a complication from another infection. For example: pain on passing urine if you have a urine infection; a discharge from the penis if you have a urethral infection; etc. As with any infection, you may have a fever and feel generally unwell.

Tests to look into the urethra and bladder may be needed if a urine infection is the cause, and this is thought to be due to partial blockage of urine flow or other urinary tract abnormalities.

A course of antibiotics is usually advised as soon as epididymo-orchitis is diagnosed. These normally work well. Pain usually eases within a few days, but swelling may take a week or so to go down, sometimes longer. The choice of the antibiotic depends on the underlying cause of the infection.

Antibiotics are not needed if a viral infection is the cause. Supporting underwear and painkillers will ease the pain.